William Rankin, “The Geography of Radionavigation and the Politics of Intangible Artifacts” in “Technology and Culture” 55(3) (2014) 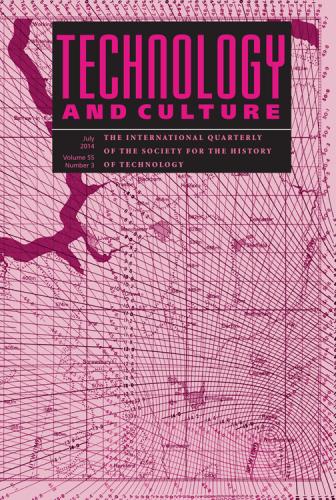 During the middle of the twentieth century, radionavigation systems became an important part of the built environment. They created a durable, semi-permanent spatial framework for a wide variety of tasks—everything from intercontinental air travel to new forms of high-precision surveying. This article argues that these systems constructed a new kind of transnational geography, well before satellites, and that large-scale spatial integration followed more from political failure and commercial competition than from the kind of topdown military politics later associated with GPS. The article also sees radio as one of a broad class of related phenomena—intangible artifacts—that are undoubtedly material, but only selectively visible, obstinate, or “thingy.” These artifacts share a particular spatial and temporal logic and have played a crucial role in the emergence of new forms of geographic power during the last hundred years.