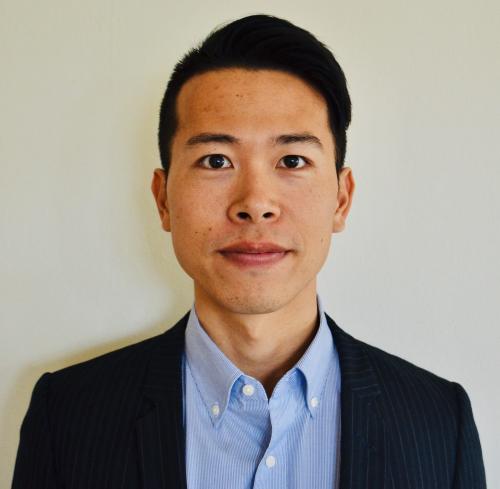 Tomo (Tomonori) Sugimoto is a sociocultural anthropologist who recently completed his PhD in anthropology at Stanford University.

While serving as a postdoctoral associate in the Environmental Humanities of East Asia at Yale University, Sugimoto will work on his first book manuscript provisionally entitled, The Indigenous Right to the Settler Colonial City? Land, Nature, and Housing in Taipei. Invigorated by the recent rise of indigenous rights discourse in Taiwan, urbanized indigenous people (Austronesian, yuanzhumin) have increasingly asserted rights to Taipei’s public lands as sites of foraging, fishing, hunting, and dwelling over the last several decades. The Han settler-dominated state has curtailed such distinct native claims to the city, violently displacing indigenous people from their communities and relocating them into public housing.

Based on long-term ethnographic research in indigenous communities built on Taipei’s riverbanks and hillsides as well as their relocation sites, Sugimoto’s book will explore how, in the age of multiculturalism and green urbanism, certain native claims to Taipei’s land, environments, and infrastructure are celebrated, while others are criminalized and regulated. Articles based on this research have been published in journals such as Settler Colonial Studies, Gastronomica: Journal of Critical Food Studies, and City & Society.

The Council on East Asian Studies and Yale Environmental Humanities together seek to boost the study of the environmental issues in East Asia, while also strengthening the place of East Asian Studies in Yale’s growing environmental humanities community.  The Environmental Humanities in Asia is a growing field of study with a burgeoning scholarship and an increasing number of faculty and academic positions. At Yale, Peter Perdue, Helen Siu, Fabian Drixler, Dani Botsman, Valerie Hansen, Mimi Yiengpruksawan, Anne Underhill, and Jing Tsu all either study– or advise graduate students who are studying– topics related to the environmental humanities. 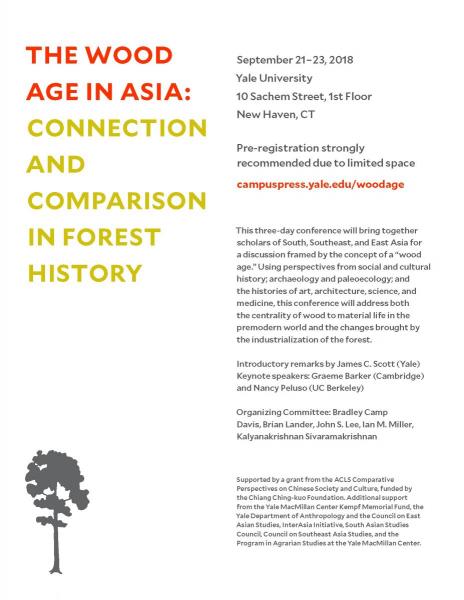 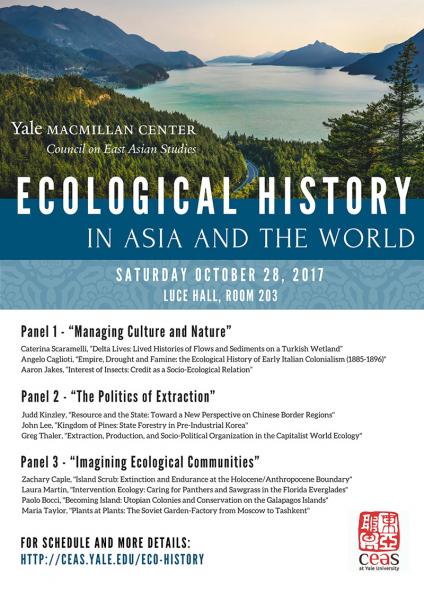