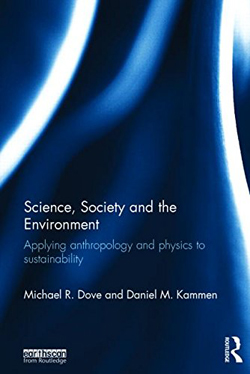 In an era when pressing environmental problems make collaboration between sciences and arts and humanities essential, this book presents the results of a collaborative analysis by an anthropologist and a physicist of four key junctures between science, society, and environment.

The first focuses on the systemic bias in science in favor of studying esoteric subjects as distinct from the mundane subjects of everyday life; the second is a study of the fire-climax grasslands of Southeast Asia, especially those dominated by Imperata cylindrica (blade grass); the third reworks the idea of “moral economy,” applying it to relations between environment and society; and the fourth focuses on the evolution of the global discourse of the culpability and responsibility of climate change.

The volume concludes with the insights of an interdisciplinary perspective for the natural and social science of sustainability. The authors argue that failures of conservation and development must be viewed systemically, and that mundane topics are no less complex than the more esoteric subjects of science. The book addresses what they believe is a current blind spot within the academic research community to focusing attention on the seemingly common and mundane beliefs and practices that ultimately play the central role in the human interaction with the environment.