Douglas Rogers, “The Depths of Russia. Oil, Power, and Culture after Socialism” (Cornell, 2014) 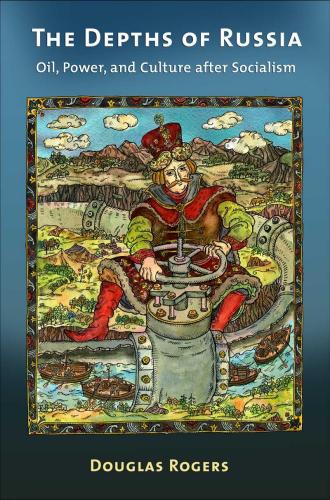 Russia is among the world’s leading oil producers, sitting atop the planet’s eighth largest reserves. Like other oil-producing nations, it has been profoundly transformed by the oil industry. In The Depths of Russia, Douglas Rogers offers a nuanced and multifaceted analysis of oil’s place in Soviet and Russian life, based on ethnographic fieldwork and archival research in the Perm region of the Urals. Moving beyond models of oil calibrated to capitalist centers and postcolonial “petrostates,” Rogers traces the distinctive contours of the socialist—and then postsocialist—oil complex, showing how oil has figured in the making and remaking of space and time, state and corporation, exchange and money, and past and present. He pays special attention to the material properties and transformations of oil (from depth in subsoil deposits to toxicity in refining) and to the ways oil has echoed through a range of cultural registers.

The Depths of Russia challenges the common focus on high politics and Kremlin intrigue by considering the role of oil in barter exchanges and surrogate currencies, industry-sponsored social and cultural development initiatives, and the city of Perm’s campaign to become a European Capital of Culture. Rogers also situates Soviet and post-Soviet oil in global contexts, showing that many of the forms of state and corporate power that emerged in Russia after socialism are not outliers but very much part of a global family of state-corporate alliances gathered at the intersection of corporate social responsibility, cultural sponsorship, and the energy and extractive industries.