“Conversations Between Sciences and Humanities.” Talk Series and Activities at Yale 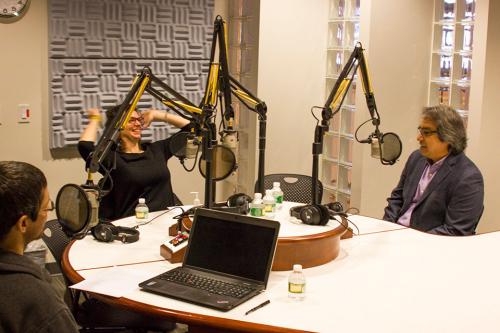 During the spring 2017 semester, Mary Evelyn Tucker (FES, YDS), Doug Kysar (YLS), and John Grim (FES, YDS) collaborated on a visiting lecture series bringing together scientists and writers who reflected environmental issues and ethical responses . This series of talks was in conjunction with their course titled: “A Communion of Subjects: Law, Environment, and Religion” between the Yale Schools of Law, Divinity, and Forestry and Environmental Studies.

Director of the Safina Center, Author of Beyond Words, View from ‪Lazy Point,

Song for the Blue Ocean

of Environmental Science and Forestry (SUNY-ESF)

He will read from his new book: Dancing in Dreamtime

“An Ecological Economics of Climate Change”

A founder of the field of ecological economics and author of Development Betrayed,

He will speak on the Papal Encyclical “Laudato Si: Care for Our Common Home

YLS, FES, YDS Class on “A Communion of Subjects: Law, Environment, and Religion”

Yale Forum on Religion and Ecology