Camille Cole, “Precarious Empires: A Social and Environmental History of Steam Navigation on the Tigris” in “Journal of Social History” 50(1) (2016) 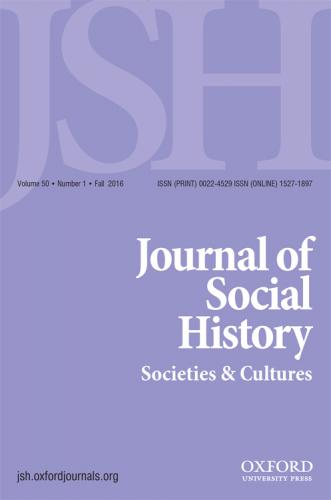 Throughout most of the nineteenth century, steamships were the main tool of British informal imperialism in what is now southern Iraq. Despite that centrality, steam shipping on the Tigris was primarily characterized by environmental and political precariousness. This article explores the steamship business of the Lynch Company, which operated on the Tigris beginning in 1861. It examines the political controversies surrounding irrigation and the expansion of the steam fleet as windows on the complex relationship between ecological vulnerability and the practice of empire and diplomacy, arguing that the states of environmental and geopolitical precariousness in which steamships operated reinforced one another, eventually coming to define the British steam enterprise on the Tigris. This precariousness helped make steamships major geopolitical actors, shaping British-Ottoman relations as well as local trade and development policies. The persistence of environmental challenges meant that the Lynch steamships, along with their Ottoman counterparts, simultaneously shaped and were incorporated into local trade and shipping networks, as well as the tribal prestige politics of raiding. On local and international levels, environmental and political issues were intertwined, and steam shipping was crucial to both. The precarious technology that formed the crux of informal imperial intervention on the Tigris is indicative of a kind of empire in which the environment significantly shaped the possibilities of imperial intervention. Precariousness—both environmental and political—came to define technology and empire in late Ottoman Iraq.