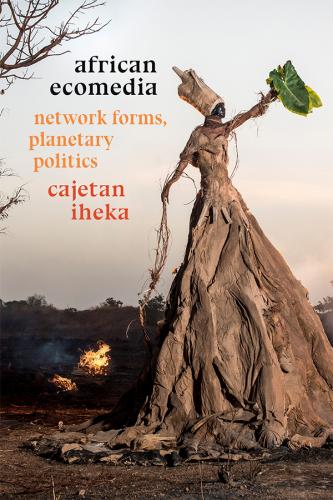 In African Ecomedia, Cajetan Iheka examines the ecological footprint of media in Africa alongside the representation of environmental issues in visual culture. Iheka shows how, through visual media such as film, photography, and sculpture, African artists deliver a unique perspective on the socioecological costs of media production, from mineral and oil extraction to the politics of animal conservation. Among other works, he examines Pieter Hugo’s photography of electronic waste recycling in Ghana and Idrissou Mora-Kpai’s documentary on the deleterious consequences of uranium mining in Niger. These works highlight not only the exploitation of African workers and the vast scope of environmental degradation but also the resourcefulness and creativity of African media makers. They point to the unsustainability of currnet practices while acknowledging our planet’s finite natural resources. In foregrounding Africa’s centrality to the production and disposal of media technology, Iheka shows the important place visual media has in raising awareness of and documenting ecological disaster even as it remains complicit in it.