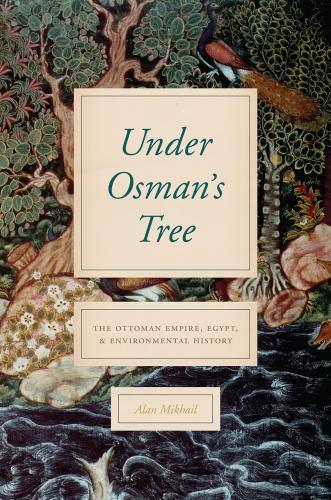 Osman, the founder of the Ottoman Empire, had a dream in which a tree sprouted from his navel. As the tree grew, its shade covered the earth; as Osman’s empire grew, it, too, covered the earth. This is the most widely accepted foundation myth of the longest-lasting empire in the history of Islam, and offers a telling clue to its unique legacy. Underlying every aspect of the Ottoman Empire’s epic history—from its founding around 1300 to its end in the twentieth century—is its successful management of natural resources. Under Osman’s Tree analyzes this rich environmental history to understand the most remarkable qualities of the Ottoman Empire—its longevity, politics, economy, and society.

The early modern Middle East was the world’s most crucial zone of connection and interaction. Accordingly, the Ottoman Empire’s many varied environments affected and were affected by global trade, climate, and disease. From down in the mud of Egypt’s canals to up in the treetops of Anatolia, Alan Mikhail tackles major aspects of the Middle East’s environmental history: natural resource management, climate, human and animal labor, energy, water control, disease, and politics. He also points to some of the ways in which the region’s dominant religious tradition, Islam, has understood and related to the natural world. Marrying environmental and Ottoman history, Under Osman’s Tree offers a bold new interpretation of the past five hundred years of Middle Eastern history.