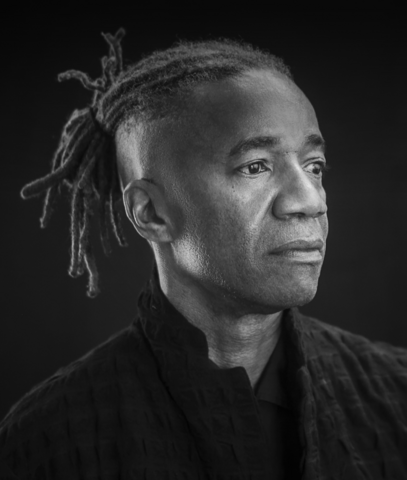 Event time:
Friday, September 9, 2022 - 12:00pm
Location:
Online via Zoom See map
Event description:
Walter Hood, Creative Director and Founder, Hood Design Studio, and Professor of Landscape Architecture and Environmental Planning and Urban Design at the University of California, Berkeley, in conversation with Sean Anderson, Associate Professor in Architecture and Director of the B.Arch. Program, Cornell University
About Walter Hood
Born in Charlotte, North Carolina in 1958, Hood has spent more than twenty years living and working in the heart of Oakland, California. He received a bachelor’s degree in landscape architecture from North Carolina A&T State University in 1981 and master’s degrees in architecture and landscape architecture from the University of California, Berkeley in 1989. He also received an MFA in studio arts and sculpture from the School of the Art Institute of Chicago in 2013. Hood is Professor of Landscape Architecture and Environmental Planning and Urban Design at the University of California, Berkeley. He has also taught at the Yale School of Architecture and the Harvard Graduate School of Design.
Hood draws on his strong connection to the Black community in his work. In 1992, he founded Hood Design Studio in Oakland, which is a cultural practice working across art, fabrication, design, landscape, research, and urbanism. Hood creates urban spaces that resonate with and enrich the lives of communities while also honoring communal histories. His work melds architectural and fine arts expertise with a commitment to designing ecologically sustainable public spaces that empower marginalized communities.
Hood has received the Arts and Letters Award in Architecture (2017), the Knight Foundation Public Spaces Fellowship (2019), the MacArthur Fellowship (2019), the Dorothy and Lillian Gish Prize (2019) and the United States Artists Fellowship (2021). He is a fellow of the American Academy in Rome and in 2021 was elected to the American Academy of Arts and Letters.
This program is presented through the generosity of the Terry F. Green 1969 Fund for British Art and Culture.
Register
To join us for this program, please register here.
Architects in Conversation: To Build for Art
Louis I. Kahn (1901–1974) is widely recognized as one of the most important and influential architects of the twentieth century. During his distinguished career, Kahn designed three museums: the Yale University Art Gallery (1953), his first significant commission; the Kimbell Art Museum in Fort Worth, Texas (1972); and his final building, the Yale Center for British Art, which was completed after his death and opened to the public in 1977. Notable for his basic geometric forms, muted palettes of natural materials, and galleries filled with diffuse daylight, Kahn created simple yet elegant environments for viewing works of art. His distinctive modernist style, as well as his singular architectural philosophy of how interior space is defined by the interplay of structure and light, continues to influence how architects approach museum design today.
Join us for lively and inspiring discussions with architects who, like Kahn, have designed spaces intended for the display of art. This series explores the multifaceted role of museum design in the context of contemporary concerns, with speakers considering the aesthetic, practical, historical, and ethical implications of how architecture influences the way we experience art.
Admission:
Free but register in advance
Open to:
General Public
Original event page