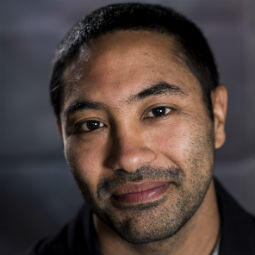 Vikram Tamboli received his Ph.D. in history in 2017 from the University of Wisconsin-Madison. He comes to the Agrarian Studies Program at Yale from the University of California, Los Angeles, where he is currently a lecturer in the History Department and a Visiting Scholar at the Latin American Institute. While at Yale, Vikram will work towards completing his manuscript, Black Powers and Bush Work: Rumor, Race, and Trafficking in the Guyanese-Venezuelan Borderlands, 1763 to the Present. This work focuses on the history and current phenomenon of trafficking on the Guyanese, Venezuelan, and Brazilian borderlands.  The manuscript bridges the eighteenth- and nineteenth-century geopolitics of Amazonia with the “mystical” dimension of clandestine imperial politics in the twentieth and twenty-first centuries. By detailing the trade in bodies, objects, goods, and ideas over more than two centuries, Black Powers and Bush Work tells a longue durée history of forced labor and gendered racial conflict. Vikram will also work on a related article, “Forbes Burnham, Mother Monica, and The Mystical Triune: Channeling Black Powers in Guyana and New York, 1960-1985,” for the Journal of Africana Religions. This article tells the story of Mother Monica, the spiritual advisor of Guyana’s authoritarian ruler Forbes Burnham and how the dynamics of health and healing have linked interior regions of the Guyanese hinterland to the mix-raced communities of Georgetown (Guyana) and Brooklyn (New York).