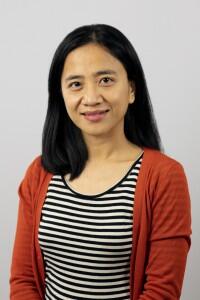 No other industry had more profound impact on the environment and communities of northern Vietnam than coal mining. Since the French discovery of the Quang Yen coal basin in the 1880s, Tonkin had rose to become one of the world’s largest coal exporters in the world. The coal mining economy in French colonial Vietnam also attracted tens of thousands of workers and brought tremendous amount of profit to its investors. However, as in many other parts of the world, coal mining in colonial Vietnam was one of the most polluting and labor-intensive economic activities, bringing major social and environmental upheaval in its wake. In this presentation, I will explore how the coal mining-driven processes of land acquisition, forest exploitation and urbanization altered the physical and ethnic landscape of northern Vietnam. Using the dispute between Dong Trieu coal company and the city of Hai Phong over the ownership of a river and its forest as a case study, I will describe the struggle of a city to defend its water during the ‘coal rush’ of the 1910s and 1920s. I will also highlight many illicit tactics used by mining enterprises to expand their mining infrastructures, circumvent environmental laws and mislead regulatory agencies. An investigation of this conflict over natural resources will shed light on the complex impact of the coal mining economy, the limits of colonial environmentalism and the plight of local ethnic communities that were caught in between.
Thuy Linh Nguyen is an Associate Professor of History at Mount Saint Mary College, NY and ACLS/ Frederick Burkhardt Residential Fellow at the Council on Southeast Asian Studies at Yale during 2019-2020. She is the author of Childbirth, Maternity and Medical Pluralism in French Colonial Vietnam (1880-1945). She is currently working on a book monograph on a transnational history of coal mining in northern Vietnam with a special focus on the socio-economic and environmental impact of the mining economy.