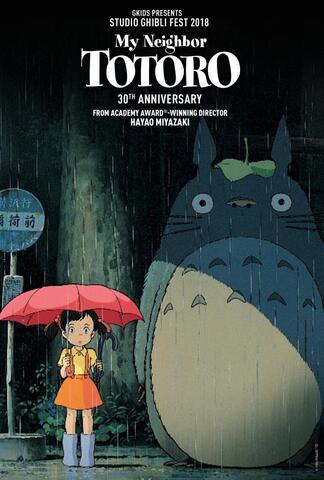 The international breakthrough film (1988) of anime director Hayao Miyazaki (Spirited Away, Princess Mononoke). It solidified Studio Ghibli’s position as the top animation studio in the world and served as the distilled quintessence of the Ghibli house style, which commands millions of ardent fans around the world. Two sisters move to the country with their father to be closer to their hospitalized mother, where they discover that the surrounding trees are inhabited by Totoros, magical spirits of the forest. Whether you’re seeing it for the first or the hundredth time, Totoro is a lush, vibrant, and gorgeous coming-of-age-in-the-times-of-fantasia film that begs to be experienced on the big screen. It was hailed as one of the greatest films of all time by no less an authority than Akira Kurosawa, for whom it was a favorite. Presented on a double bill with Isao Takahata’s Only Yesterday. 86 minutes.