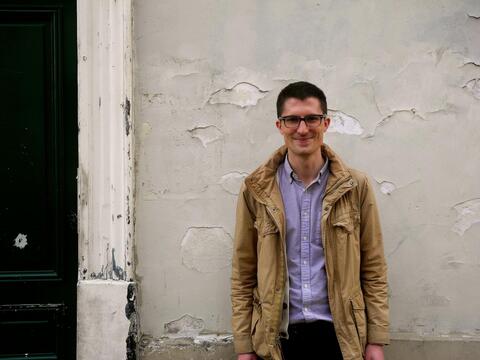 Samuel Dolbee received his PhD in History and Middle Eastern & Islamic Studies from New York University in 2017. He joins us at Yale from Harvard University’s Mahindra Humanities Center, where he held a postdoctoral fellowship from 2018-19. During his year with the Program in Agrarian Studies, Samuel will work to complete his book manuscript, Locusts of Power: Borders, Empire, and Environment in the Modern Middle East. This project draws primarily on sources in Arabic, French, Ottoman, and Turkish to complicate narratives about the delimitation of borders in the Jazira region. Locusts of Power does so by following the locust – an insect whose devastating swarms offer a path out of histories framed by the boundaries of states – which aids in showing that it was not state boundaries or nationalist feelings on their own that transformed people’s lives in this region, but rather the settlement campaigns and synthetic pesticides that constituted the region’s changing political economy. This project, which spans from 1860 to 1940, bridges Ottoman and post-Ottoman periodizations and offers a retelling of history that reaches beyond nationalist historiographies – Iraqi, Syrian, or Turkish – that have conventionally carved up this region’s history. While the division of the Jazira in the wake of World War I was undoubtedly momentous, Samuel shows that this moment not only elicited the division of territories, but also a broader division occurring across these borders between human bodies and the environment.