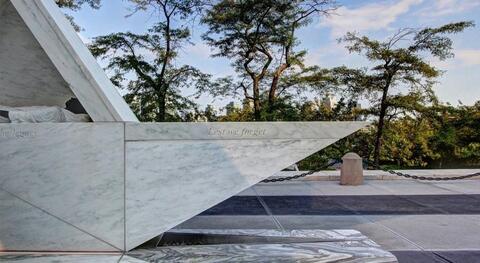 Event time:
Monday, April 4, 2022 - 6:30pm
Location:
Online via Zoom See map
Event description:
Rodney Leon, founder and principal of Rodney Leon Architects PLLC has an architectural background as a designer on a diversity of building types including housing, churches and transportation projects in the U.S. and abroad. Mr. Leon is the designer of the African Burial Ground Memorial in New York City which is the only National Monument in the United States dedicated to the contributions of people of African descent. Mr. Leon has focused his professional efforts and developed an expertise in modern “Culturally Contextual” design, Master Planning and Mixed Use Housing Development for faith based and international development organizations.Current projects include the Gospel Assembly Church, the King Emmanuel Baptist Church Senior Housing and Community Center and the historic Convent Avenue Baptist Church expansion. In addition, Mr. Leon has developed and is partnering with manufacturers to design and implement sustainable “Green” housing development models for emerging global economies. The first such project is the 24 acre, mixed use “Belle Rive” Residential Development in Jacmel, Haiti. Mr. Leon is also currently developing a Master Planning solution for Haiti centered upon the concept of Memorialization and Re-forestation entitled “The HiBIscus Project.” In addition, Mr. Leon is involved in a professional collaboration with 3 other architects on efforts to provide transitional housing for displaced families in Haiti through an initiative entitled the “Haiti SOFTHOUSE.”
Mr. Leon received his Bachelor of Architecture degree from Pratt Institute School of Architecture in 1992 and his Masters of Architecture from Yale University in 1995. He has also been a Visiting Design professor at Pratt Institute School of Architecture from 1998 to 2003. He has served as 2nd Year Design Coordinator for Pratt in 2003 and is currently serving as an Adjunct Professor of Advanced Design since 2009. He is the Spring 2022 Louis I. Kahn Visiting Assistant Professor at the Yale School of Architecture.
Admission:
Free
Open to:
General Public
Original event page