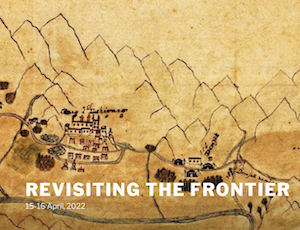 Event time:
Friday, April 15, 2022 - 8:00am to Saturday, April 16, 2022 - 1:00pm
Event description:
From regime change in Afghanistan, to the charged politics of state-making in India’s North-East, and with geopolitical tensions ever-present, the Himalaya today are often at the center of key world events. For those living in these rugged borderlands, however, such geopolitical tensions are a part of everyday life. Before territorial borders became ubiquitous, “frontier” was the dominant colonial idiom mobilized to frame the limits of sovereignty and political relations. At the same time, the frontier was much more than a political concept; it could be a moral justification for imperial expansion, a zone of emerging political relationships, an ensemble of political techniques and technologies, the limits of scientific geographic knowledge, a literary trope, an exotic and unruly landscape populated by equally exotic and unruly people, or a place to vindicate colonial masculine stereotypes.
Himalayan frontier space was, thus, perceived in multiple ways, constructed through multiple practices, and experienced as multiple life-worlds – to borrow a tripartite distinction from Henri Lefebvre. So what changed when these frontier spaces became borderlands? And what impact does the legacy of producing frontier spaces have on the everyday lives of people who dwell in today’s Himalaya? This interdisciplinary workshop, comprised of geographers, historians, anthropologists, and political scientists, explores these questions across three thematic panels: perceiving the frontier, constructing the frontier, and the living frontier. This initiative is organized by the Yale MacMillan InterAsia initiative and the South Asia Studies Council with the support of the anthropology department.
Please email us at inter.asia@yale.edu for questions regarding attendance.
Admission:
Free but register in advance
Original event page