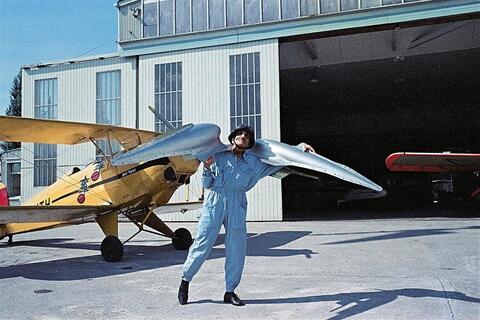 Event time:
Thursday, February 24, 2022 - 6:30pm
Location:
Online via Zoom See map
Event description:
Napoleone Ferrari earned a degree in Philosophy with a specialization in Aesthetics from the University of Turin. In 1999 he cofounded the Museo Casa Mollino together with Fulvio Ferrari. Since that date he has been working to gather vast archives concerning every aspect of Carlo Mollino’s life and work. He is the author of nine books on Mollino, among which are the catalogue raisonné of his furniture design, three books that cover all Mollino’s photographic oeuvre, and the catalog of the 2006 Mollino retrospective, which he also co-curated, held at Turin’s Gallery of Modern Art and at Castello di Rivoli Contemporary Art Museum. He is currently president of the Museo Casa Mollino. He recently co-authored Carlo Mollino: Architect and Storyteller (with Michelangelo Sabatino).
https://www.carlomollino.org
Michelangelo Sabatino is an architectural historian, curator, and preservationist whose research and writing focuses primarily on modern architecture and the built environment. He is Professor of Architectural History and Cultural Heritage at IIT’s College of Architecture where he directs the PhD program and is the inaugural John Vinci Distinguished Research Fellow. Sabatino’s first book, Pride in Modesty: Modernist Architecture and the Vernacular Tradition in Italy (2011), won multiple awards, including the Chicago-based Society of Architectural Historians’ Alice Davis Hitchcock Award. More recent books include Canada: Modern Architectures in History (with Rhodri Windsor Liscombe, 2016), Avant-Garde in the Cornfields: Architecture, Landscape, and Preservation in New Harmony (with Ben Nicholson, 2019), Modern in the Middle: Chicago Houses 1929–1975 (with Susan Benjamin, 2020), Making Houston Modern: The Life and Architecture of Howard Barnstone (with Barrie Scardino Bradley and Stephen Fox, 2020), and Carlo Mollino: Architect and Storyteller (with Napoleone Ferrari, 2021).
www.michelangelo-sabatino.com
Admission:
Free but register in advance
Open to:
General Public
Original event page