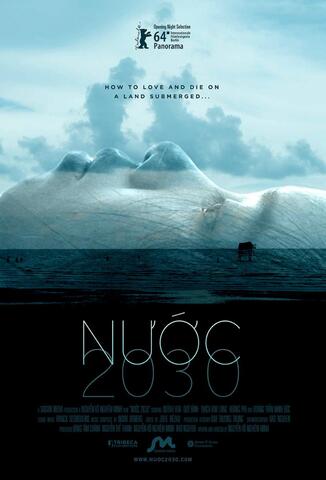 Set in the vast and beautiful coastal regions of Southern Vietnam, NUOC (Water) is a mixed genre of mystery and romance set in the near future when water levels have risen due to global climate change. South Vietnam is one of the regions most affected by climate change, which causes as much as half the farmland to be swallowed by water. To subsist, people have to live on houseboats and rely solely on fishing with a depleting supply. Huge multinational conglomerates compete to build floating farms equipped with desalination and solar power plants floating along the coastline to produce the needed vegetables that have become highly priced commodities. The story follows a young woman in her journey to find out the truth about the murder of her husband whom she suspects has been killed by the people of a floating farm. In the process, she discovers the secret of that floating farm; it employs genetic engineering technology to cultivate vegetables that can be grown using salt water thus can be produced much cheaper. However, this untested technology can have dangerous health consequences for the consumers that the farm wants to keep as a secret. It turns out that the chief scientist of the floating farm in question; the main suspect of her husband’s death was her ex-lover. She ends up finding out different versions of the “truth” about her husband’s death and has to make a dramatic decision without knowing the absolute truth.