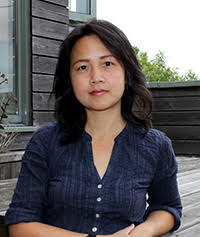 Liana Chua is a Reader (Associate Professor) in Anthropology at Brunel University London. She received her PhD in Social Anthropology from the University of Cambridge, where she also held a Research Fellowship in Anthropology (Gonville and Caius College). Liana has worked with rural Bidayuh communities in Sarawak, Malaysian Borneo, since 2003, looking initially at Christian conversion and ethnic politics and more recently at displacement, environmental change and world-making in the context of a dam-construction and resettlement scheme. Her interests in more-than-human entanglements – ranging from Christian Bidayuhs’ relations with pre-Christian spirits to life in and beyond a ‘troubled landscape’ – drew her to another set of more-than-human complexities in Borneo (and Sumatra), namely efforts to save the critically endangered orangutan. She currently leads two projects that explore the social, political, affective and aesthetic dimensions of orangutan conservation – a sprawling global nexus marked as much by gaps and contradictions as by connections and collaborations..