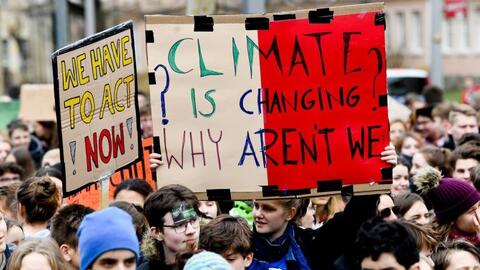 Three journalist-activists reporting about climate change on three continents discuss how they humanize the issue to make acting on it more approachable. Learn how these thought leaders have harnessed the personal stories of citizens around the globe, revealing the ways in which religious and cultural values color how people perceive and respond to global warming.

Nabeelah Shabbir is a British-Pakistani journalist. She shared a British Journalism Award in 2015 with the ‘Keep it in the Ground’ team at The Guardian. The campaign, unique in its kind for a legacy newspaper in the UK, asked the two biggest philanthropic organisations in the country to divest from fossil fuels. She is conversation editor at The Correspondent, a transnational media based in Amsterdam, where she works to help tell the story of climate change from the perspective of those with lived experience and expertise from around the world.

Eric Holthaus is a meteorologist and climate journalist based in St. Paul, MN. His work focuses on the need to simultaneously draw attention to the systemic injustice and pressing dangers of the climate emergency, and build transformative change and an ecologically focused society that works for everyone. He’s recently launched a Substack newsletter about the climate emergency called “The Phoenix” which covers all the ways the world is on fire and in the process of being reborn.

Lina Yassin is a Sudanese climate journalist. She is the Middle East and North Africa programs manager at Climate Tracker, an international organization that empowers young journalists to cover climate issues in their countries. With Climate Tracker, Lina has been implementing various mentorship programs in the Arab region and has established a network of over a thousand climate journalists in the region. (@leenay_)