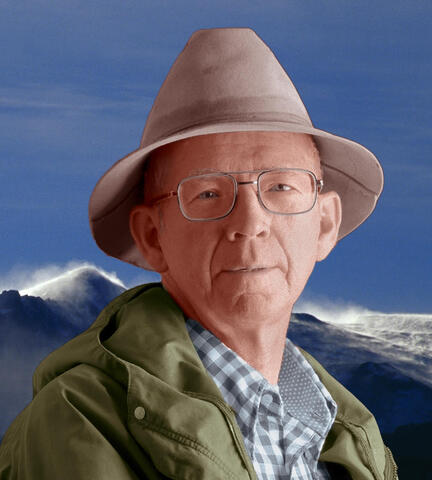 Event time:
Friday, October 23, 2020 - 12:00pm to 1:00pm
Event description:
Environmental studies are dominated often by technical discourse, numerical data, statistical analyses and economics. In this context, how do we value the intangible? How do we make a case for the value of nature, for beauty, for inherent worth? Join us for a talk with a founder of the field of environmental ethics, Professor Holmes Rolston III, to find out how to fit such assets into the conversation.
His talk, “Wonderland Earth in the Anthropocene Epoch,” will be held remotely from 12-1 pm, October 23rd
Link: https://yale.zoom.us/j/93456833114
About Dr. Rolston: Often called the father of environmental ethics, Holmes Rolston III is University Distinguished Professor and Professor of Philosophy at Colorado State University.  He has written eight books, including A New Environmental Ethics: The Next Millennium for Life on Earth and A Critical Survey; and Conserving Natural Value.  He gave the Gifford Lectures at the University of Edinburgh from 1997-1998 and has spoken as a distinguished lecturer on all seven continents.  He gave the opening address to the Royal Institute of Philosophy annual conference and participated in the United Nations Conference on Environment and Development in Rio de Janeiro, 1992.  He was named Templeton Prize laureate in 2003.  He is a founding member of the International Society for Science and Religion. A Rolston Endowed Chair in Environmental Ethics was established at his home institution. An intellectual biography is Christopher Preston, Saving Creation: Nature and Faith in the Life of Holmes Rolston III.
Dr. Rolston will be introduced by Dr. Mary Evelyn Tucker, Co-Founder and Co-Director of the Yale Forum on Religion and Ecology, where the inherent value of nature is also foregrounded.  Moderated by Tom Murray ’21, Speaker Coordinator, Yale Center for Environmental Communication.
This conversation is sponsored by the Yale Center for Environmental Communication and the Yale Forum on Religion and Ecology.