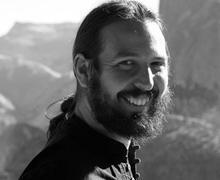 Event time:
Wednesday, October 23, 2019 - 4:00pm to 5:00pm
Location:
McClellan Hall, Room 101 See map
Old Campus
Event description:
Gabriel Lee is the Cassius Marcellus Clay Postdoctoral Fellow in United States Environmental History at Yale.
Gabriel Lee specializes in US environmental history, particularly after the onset of the industrial revolution. His current book project, entitled Concrete Dreams: The Second Nature of American Progressivism, examines the many purposes to which Americans put Portland cement concrete over the first half of the twentieth century. By the end of the century, these varied programs—highways, structural architecture, and the control of water—made concrete the most common human-made material on earth. His study is, like its subject, a conglomerate: it integrates environmental history, the history of technology, social history, the history of labor, and political economy to tell a new narrative of American progressivism that centers on the built environment as a mode of reform politics.
This event is part of the Yale Environmental History Fall 2019 Workshop Series.
To attend and request a copy of the pre-circulated chapter manuscript, please email environmentalhistory@yale.edu.