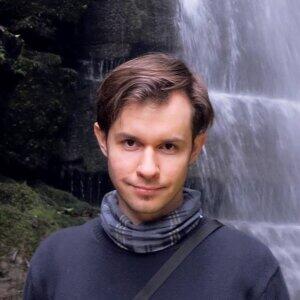 Event time:
Friday, October 23, 2020 - 8:30am
Event description:
Join us for our first breakfast conversation of the fall semester, with Mark Frank, the CEAS Postdoctoral Fellow in the Environmental Humanities. Mark is an environmental historian of China and the world who recently completed his PhD at the University of Illinois at Urbana-Champaign. During his time as the CEAS Postdoctoral Fellow, he will be developing his first book manuscript and starting work on a second manuscript. His first book manuscript, tentatively titled, The Ecology of Assimilation in Republican China and Beyond, looks at connections between agrarian ideology, environmental practice, and ethnic relations along the Chinese frontier during the early twentieth century. Drawing from an extensive collection of unpublished records from eastern Tibet and Inner Mongolia, Frank is piecing together a history of everyday life on the Chinese frontier from the perspectives of indigenous peoples, Han settlers, and low-ranking bureaucrats.
Mark will be speaking informally about his second book project, which examines the history of climate science. His interest in this topic stems from a chapter of his dissertation on Chinese meteorology in eastern Tibet.
The conversation will be held on Zoom. Register here to receive the Zoom link.