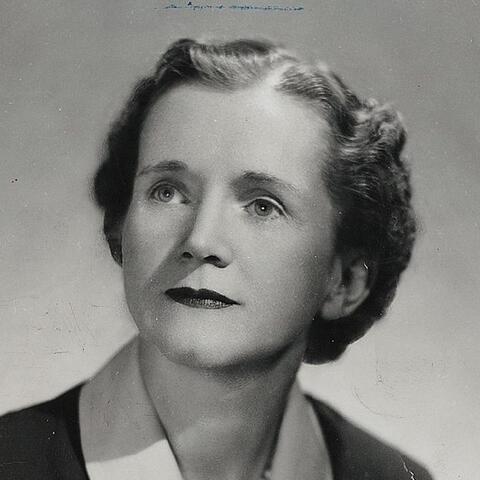 Event time:
Monday, November 29, 2021 - 4:00pm
Location:
Online via Zoom See map
Event description:
Online Registration Here
Claire Barnes, a graduate student at Yale Divinity School, pursuing a Masters of Arts in Religion and Ecology, will discuss materials from the Rachel Carson Papers at the Beinecke Rare Book and Manuscript Library.
Prior to the publication of Silent Spring (1962), dubbed one of the most controversial American books of the twentieth century, Rachel Carson’s The Sea Around Us (1951) remained on the best-seller list for eighty-six weeks. Originally assigned as a general article during her employment at the Bureau of Fisheries in Washington, The Sea Around Us, in addition to later published books Under the Sea Wind (1952) and Edge of the Sea (1955), established Rachel Carson as a household name.
To organize her citations and notes for The Sea Around Us, Carson used an extensive notecard system. Her notecards are organized topically, ranging from navigation to petroleum to oceanography. In the process of writing The Sea Around Us, Carson consulted more than a thousand print sources. Through her notecards, she details the historical emergence of what we call the sea through a nexus of scientific scholarship, history, and political notes. Carson is keen to notice imagistic language in other texts, no doubt influencing her own fusion of narrative and science.
Importantly, Carson’s notecards discuss ever pertinent issues like climate change, sea level rise, coral reef and micro-organism health.
Admission:
Free but register in advance
Original event page