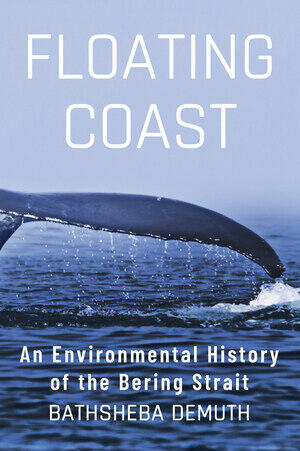 Bowhead whales were known to three distinct groups along the Bering Strait over the past two centuries: the indigenous Yupik and Inupiaq, capitalist commercial whalers, and communist industrial whalers. This talk looks at how we learned about whales by hunting them: How were whales, particularly bowheads, imagined and treated? How did this change across economic systems? What kinds of emotional relationships were possible between humans and whales, and were these relationships ethical? How the whales themselves responded and adapted to hunting pressures is examined using oral histories, logbooks, diaries, and Soviet records. Did whales judge their hunters? The talk closes by asking how including whale behavior in our analysis of human–whale interactions provokes our historical understanding, and how to situate non-human actions in human narratives of the past.

Bathsheba Demuth is an environmental historian who specializes in the Russian and North American Arctic. Her interest in northern environments and cultures began at 18 when she moved to the Yukon, where she mushed huskies, hunted caribou, fished for salmon, tracked bears, and otherwise learned to survive in the taiga and tundra. She has since lived in and visited Arctic communities across Eurasia and North America. Her writing has appeared in the New Yorker, the Boston Globe, and the Atlantic, and her first book, Floating Coast: An Environmental History of the Bering Strait (W.W. Norton), is out this fall.