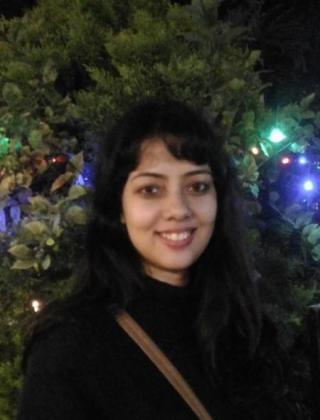 Aparajita Majumdar is a graduate student in the History Department at Cornell University, Ithaca. She will be presenting a paper that studies the socio-ecological and political significance of the Jri Bamon’s conversion from a ‘failed’ rubber crop in the colonial plantations of nineteenth-century British India, into the animated living root bridges of present-day Khasi Hills. By locating both the Jri Bamon and the Khasi border communities as agents of change in the historical processes of colonialism and nationalism, she asks the overarching question: How do human-plant relations articulated in indigenous ways of being subvert modernist regimes of control that rest on a clear distinction between categories like ‘culture’- ‘nature’, ‘subject’- ‘object’, ‘human’- ‘nonhuman’, ‘national’- ‘foreign’? She argues that there is a recalcitrance to the material growth pattern of the Jri Bamon, which although incomprehensible to the British botanists, was legible to the Khasi communities who harnessed it to resist the incorporation of their ‘planthuman’ worlds [Haraway 2008] into the colonial plantation epistemic and to subvert the rigid political borders of the nation-state.