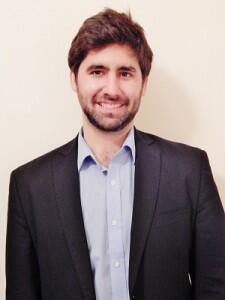 Join the climate change learning community and climate change SIG for a conversation with Dr. Alexandre Gajevic Sayegh, Postdoctoral Fellow in the Department of Political Science at McGill University.

Alexandre was previously a Postdoctoral Fellow at the MacMillan Center for International and Area Studies and a Lecturer in the Department of Political Science at Yale University, where he lectured on “The Ethics of Climate Change” and on “Markets and Morals.” He also collaborated with the Governance, Environment and Markets Initiative (GEM) at Yale. He is particularly interested in ethics and its relation to markets and climate change. His current research focuses on climate justice and development, collective action, markets, a green economy, as well as on the ethics of carbon pricing. He obtained his Ph.D. in Philosophy at University College London in 2016. His forthcoming book is titled Justice in a Non-Ideal World (London: Rowman and Littlefield International, 2019). The book casts light on the concepts that occupy the space between moral values and real-world politics. His articles have appeared in Ethics, Policy & Environment (Forthcoming), the Routledge Handbook in Climate Justice, the Journal of Global Ethics, Moral Philosophy and Politics, and the Critical Review of International Social and Political Philosophy. His recent research was supported by the FRQSC, UCL, Yale University and the SSHRC.